Deion Sims is a basketball instructor who teaches how to play the game of basketball in a positive way! Sims is a 33-year-old native of Georgia and a proud alumnus of the University of West Georgia. He studied criminal justice and played basketball for the Wolves on a full scholarship for four years. During his senior year, Sims was named team captain and led his team in numerous statistical categories. After graduating from UWG, Sims signed contracts to play and work for the Newcastle Basketball Association and Dubbo Basketball Association in Australia. He says that playing basketball in Australia and working with Australian youth was a unique learning experience.

Sims has over 6 years of coaching experience at the high school level and over 10 years of experience in conducting basketball camps and player development training. He has successfully organized and conducted ten youth basketball camps, including camps for the Atlanta Dream and the Newcastle Basketball Association. Sims is the former head coach for the boys’ basketball team at Central High School in Carrollton, Georgia. Sims graduated with honors from Central High School in 2007.

Sims has a strong passion for the game of basketball and his expertise in basketball is outstanding. Whether he is playing or teaching it is a special moment each time he steps onto the court. He strives to help every player develop an excellent work ethic, determination, commitment, focus, mental toughness, perseverance, and a positive attitude. “There are no shortcuts to success; in order to become a great basketball player you must work hard to improve your overall basketball skill-set”.

JaDechia Reid, a native of Carrollton, Georgia, has been a member of Basketball Sisterhood since August 2016. Coach Reid graduated with a Bachelor’s in Psychology(2014) and a Masters in Art of Teaching in Special Education (2017) from the University of West Georgia. Coach Reid was a four-year starter for the Lady Wolves. Despite two season-ending injuries during her career, Hill proved to herself and others that she was a fighter. She never gave up! Her love for the game was stronger than her injuries.

Coach Reid has trained and coached in various capacities ranging from high school to AAU for over 5 years. She is currently the head girls’ coach at Carrollton Junior High School. Her philosophy is centered around establishing a culture of excellence. Players will be known for their academics, commitment, resilience, character, and teamwork. Coach Reid believes it is important that these young women win on the court and in life.

Coach Reid has an unmeasurable love and passion for the game of basketball. She loves her community and works diligently to share her love for the game with others.

JaDechia is a special education teacher at Carrollton Upper Elementary School. She is married to Jeremy Reid and we have a daughter named Jordyn.

Brooke E. Lane, a native of Stone Mountain, GA, has been with the Basketball Brotherhood Inc. as the Secretary and Program Coordinator since the founding of the organization in 2015. Brooke’s passion and basketball career began as a child. She played basketball at the varsity level for four years at Shiloh High School in Snellville, GA under Dale Grant. In 2009, Brooke Lane continued her basketball career at the University of West Georgia in Carrollton, GA. In 2013, Brooke graduated with a Bachelor of Science in Criminology and in 2015 a Master of Arts in Criminology.

Brooke has always had a passion for philanthropy and restorative justice. Her belief is that if these two are paired together correctly, it makes for a better community. For the first few years of Brooke’s career, she worked as a Chief Probation Supervisor in various courts in the Metro-Atlanta area including Carroll County, Douglas County, Gwinnett County, and Dekalb County. Currently, Brooke works as the Program Manager of the Fulton County Misdemeanor Mental Health Court Program under the direction of the Fulton County Chief Magistrate Judge. The Fulton County MMC diverts defendants out of prosecution and into community-based treatment as well as offers those defendants placed on probation the necessary support to maintain themselves in the community and reduce their risk of recidivism.

“Stand for something or you’ll fall for anything”. This is a saying that Brooke learned early on from her mother. Leaning on this quote has taught Brooke many lessons and she hopes to continue to help shine a light on the many student-athletes that the Basketball Brotherhood Inc reaches.

Mario R. Mason has acquired over 5 years of coaching experience, including coaching at the collegiate level. He served two years as the women’s head assistant basketball coach at West Georgia Technical College. Mason’s philosophy as a coach is to demand every member of the team give effort and play with intensity. Though the style of basketball he teaches is a fast pace, it is based on sound fundamentals.

Mason was a standout basketball player at Central High School and his performances on the court led to a basketball scholarship to Snead State Community College. After completing 2 years at Snead, he transferred to Reinhardt University to play and study History and Economics. While playing Mason received All-Conference honors.

Mason is a native of Carrollton, Georgia, and has served the community through youth development for 12 years. During his tenure, he has been a Director for Boys & Girls Clubs for 9 years. As the Community Outreach Coordinator for the Brotherhood, Mason aids students by providing college and career readiness, federal grant assistance, scholarship preparation, ACT and SAT preparation, and mentoring. He has helped over 50 kids receive federal PELL grants and college scholarships.

My name is Justin Harrison. I am originally from Carrollton, GA, and have earned a Bachelor of Fine Arts in Art with a concentration in Graphic Design from the University of West Georgia. I am the co-founder of MoShep Productions as well as an aspiring artist specifically focusing on Graphic Design with a strong interest in photography and video.

I have been working in partnership with Basketball Brotherhood to help provide graphic design services as well as photography sessions and filming/editing video footage from basketball camps and workouts. For any student-athlete, parent, or coach needing my services, feel free to visit my website listed above and email me for any help that you may need. 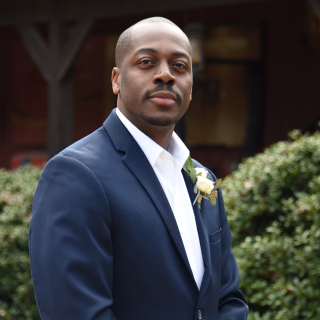 is a positive role model with a decade of successful experience in promoting healthy habits and leading physical activities. Deion specializes in basketball and regularly attends USA Basketball and Jr. NBA events to teach life and basketball skills to youth. A strong believer in the power of positive thinking in the workplace, Sims encourages teamwork because together everyone achieves more. Deion enjoys a good sports binge but can also be found on long bike rides in Gwinnett County Parks.

Welcome to the Archives